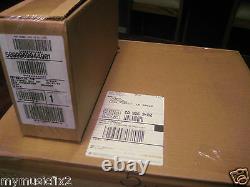 ALSO FOR THE COLLECTOR AS WELL WE ARE ADDING THE STEREO CD BOX SET ALSO WITH IT'S PROTECTIVE OUTER CARDBOARD CONTAINER FOR STORAGE & PROTECTION OF THE SET BUT WHAT MAKES THIS CD SET SO RARE IS THAT THIS CD BOX SET DATED. 8/07/09 ON THE CONTAINER AND THAT VERIFIES THAT THIS CD SET WAS A 1ST EDITION ORIGINAL RELEASES BACK IN 2009. WHAT COLLECTORS DOESN'T WANT TO OWN A 1ST EDITIONS RELEASES & DATED TO VERIFY IT'S ORIGINAL ISSUE DATE RIGHT ON BOTH OF THESE BOXES. BOTH THESE BOX SETS AS SHOWN IN OUR PICTURE ARE THE ORIGINAL CARDBOARD CONTAINERS BOXES TO PROTECT WITH THE ORIGINAL RELEASE WITHIN AND BOTH ALSO HAVE THOSE VERIFY DATES ON EACH INDIVIDUAL CONTAINER BOXES OF EACH OF THESE RELEASES.

IN THE YEARS TO COME THIS 2012 DATE ON THE CONTAINER BOX WILL BE TREMENDOUSLY VALUABLE TO COLLECTORS AS A VERIFICATION THEY OWN ONE OF THE ORIGINAL 1ST EDITION/PRESSINGS OF THESE 2012 RELEASED BOX SETS. & TYPE IN THEBEATLES OR INTO THE SEARCH FIELD WITHIN OUR STORES SECTION AS YOUR PERSONAL CODE AND ALL INDIVIDUAL TITLES + INFORMATION WILL APPEAR. REMASTERING THE BEATLES ORIGINAL STUDIO ALBUMS FOR 180 GRAM VINYL: There has always been demand for The Beatles albums on vinyl. Following the success of The Beatles acclaimed, GRAMMY Award-winning 2009 CD remasters, it was decided that the sound experts at EMIs Abbey Road Studios should create new versions of The Beatles vinyl LPs.

The project demanded the same meticulous approach taken for the CD releases, and the idea was a simple one: cut the digital remasters to vinyl with an absolute minimum of compromise to the sound. However, the process involved to do that was far from simple. The first stage in transferring the sound of a master recording to vinyl is the creation of a disc to be used during vinyl manufacture. There were two options to consider. A Direct Metal Master (DMM), developed in the late seventies, allows sound to be cut directly into a stainless steel disc coated with a hard copper alloy.

The older, alternative method is to cut the sound into the soft lacquer coating on a nickel disc - the first of several steps leading to the production of a stamper to press the vinyl. A blind listening test was arranged to choose between a lacquer or copper cut. Using both methods, A Hard Days Night was pressed with ten seconds of silence at the beginning and end of each side.

This allowed not only the reproduction of the music to be assessed, but also the noise made by the vinyl itself. After much discussion, two factors swung the decision towards using the lacquer process.

First, it was judged to create a warmer sound than a DMM. Secondly, there was a practical advantage of having blank discs of a consistent quality when cutting lacquers.

The next step was to use the Neumann VMS80 cutting lathe at Abbey Road. Following thorough mechanical and electrical tests to ensure it was operating in peak condition, engineer Sean Magee cut the LPs in chronological release order. He used the 24-bit Digital Masters Sourced from the Original Analog Master Tapes rather than the 16-bit versions that were required for CD production. It was also decided to use the remasters that had not undergone limiting - a procedure to increase the sound level, which is deemed necessary for most current pop CDs.

Having made initial test cuts, Magee pinpointed any sound problems that can occur during playback of vinyl records. To rectify them, changes were made to the remasters with a Digital Audio Workstation.

For example, each vinyl album was listened to for any sibilant episodes - vocal distortion that can occur on consonant sounds such as S and T. These were corrected by reducing the level in the very small portion of sound causing the undesired effect.

Similarly, any likelihood of inner-groove distortion was addressed. As the stylus approaches the centre of the record, it is liable to track the groove less accurately. This can affect the high-middle frequencies, producing a mushy sound particularly noticeable on vocals.

Using what Magee has described as surgical EQ, problem frequencies were identified and reduced in level to compensate for this. The last phase of the vinyl mastering process began with the arrival of the first batches of test pressings made from master lacquers that had been sent to the two pressing plant factories. If this happened, it was clear that the undesired sounds had been introduced either during the cutting or the pressing stage and so the test records were rejected. In the quest to achieve the highest quality possible, the Abbey Road team worked closely with the pressing factories and the manufacturers of the lacquer and cutting styli. An additional and unusual challenge was to ensure the proper playback of the sounds embedded in the lock-groove at the end of side two of Sgt.

Peppers Lonely Hearts Club Band. Requiring a combination of good timing and luck, it had always been a lengthy and costly process to make it work properly. In fact, it was so tricky, it had never been attempted for American pressings of the LP. Naturally, Sean Magee and the team perfected this and the garbled message is heard as originally intended on the remastered Sgt. Highly-skilled technicians have worked long and hard to make The Beatles on vinyl sound better than ever.

All we need to do is listen to the results of their dedicated labour on the remastered LPs. But most of all, enjoy the music. Features: Limited Edition - 50,000 copies worldwide Available for the First Time on 180 Gram Vinyl Cut at Abbey Road Studios using the Non-Limited 24-bit Digital Masters Sourced from the Original Analog Master Tapes!

Packaging, notes and photographic content is based on 2009 CD release Albums Included:PLEASE PLEASE ME 1. I Saw Her Standing There 2. Anna (Go To Him) 4.

I Don't Want To Spoil The Party 13. What You're Doing 14. Everybody's Trying To Be My Baby.

Here, There And Everywhere 6. She Said She Said 8. And Your Bird Can Sing 10.

With A Little Help From My Friends 3. Lucy In The Sky With Diamonds 4. She's Leaving Home 7.

Being For The Benefit Of Mr Kite 8. Within You Without You 9. When I'm Sixty Four 10. Good Morning Good Morning 12. Pepper's Lonely Hearts Club Band (Reprise) 13.

A Day In The Life MAGICAL MYSTERY TOUR. The Fool On The Hill 3. Your Mother Should Know 6. Baby You're A Rich Man 11. All You Need Is Love.

The Continuing Story Of Bungalow Bill 7. While My Guitar Gently Weeps 8. Happiness Is A Warm Gun 9. I'm So Tired 11. Don't Pass Me By 15. Why Don't We Do It In The Road? Mother Nature's Son 4. Everybody's Got Something To Hide Except Me And My Monkey 5. Only A Northern Song 3. It's All Too Much 6. All You Need Is Love 7. March Of The Meanies 12. Maxwell's Silver Hammer 4. I Want You (She's So Heavy) 7. Here Comes The Sun 8. She Came In Through The Bathroom Window 14. Her Majesty LET IT BE. I've Got A Feeling 9. The Long And Winding Road 11. Love Me Do (Original Single Version) (Mono) 2.

I'll Be Back 14. A Hard Day's Night Mini-Documentary.

I'll Follow the Sun 6. Eight Days a Week 9. I Don't Want To Spoil the Party 13. Everybody's Trying To Be My Baby 15. Beatles For Sale Mini-Documentary DISC 5: HELP!

With a Little Help From My Friends 3. Lucy In the Sky With Diamonds 4. Being for the Benefit of Mr.

The Continuing Story of Bungalow Bill 7. While My Guitar Gentley Weeps 8. Happiness is a Warm Gun 9. Why Don't We Do It in the Road?

The Beatles Mini-Documentary DISC 12: YELLOW SUBMARINE: 1. Only a Northern Song 3.

Photographers: Iain Macmillan; Bruce a. Karsh; Ethan Russell; Robert Freeman; Michael Cooper. The Beatles always stood apart from their peers, a self-evident statement that sadly extended to the treatment of their catalog in the digital age.

Where all their contemporaries from the Byrds to the Who have had their catalogs remastered and reissued in deluxe editions, sometimes several times, the Beatles remained stuck in the early days of digital, their 14 albums plus PAST MASTERS singles collections remaining untouched since 1987. The 2009 reissue campaign corrects almost all the problems of the original 1987 CDs: the sound and artwork are improved, and all the original mono and stereo mixes finally see the light of day. Naturally, it's possible to quibble about some details of the presentation, particularly the decision to split the reissue into two separate box sets, one covering the stereo mixes and one the mono mixes, with only the stereo mixes available as individual discs but both boxes still constitute the best Beatles by far. Crucially, it's also inarguably the best-sounding Beatles music ever released, robust and rich even on the earliest rock & roll. None of the albums have been remixed--although HELP!

And RUBBER SOUL retain George Martin's 1987 mixes, the original stereo mixes being bonuses on the mono set--so this doesn't shock the way the YELLOW SUBMARINE soundtrack did with its reimagined stereo mix. Nevertheless, these remasters surely do surprise with their clarity and depth, with each album feeling bigger and fuller than the previous CD incarnation, but not artificially so. It's not that these are pumped up on digital steroids; it's that the veil has been lifted, so everything seems full and fresh.

Appropriately, there's more to savor from HELP! No extra book is included with the set, but each disc has its own booklet with dry, straightforward liner notes detailing the recording process instead of analyzing the music. Nevertheless, these do offer annotation, something sorely lacking from the first CDs, and they do replicate the original notes--in the case of MAGICAL MYSTERY TOUR, including the entire storybook; in the case of SGT.

PEPPER'S, all the 20th anniversary annotation is added-- finally bringing the Beatles to the same standard for reissues that every other major (and most minor) bands have had for years now. And the story, at least for the stereo box, is not the packaging --it's the glorious sound that makes this such a treat. There's also no question that those who waited 22 years to hear a better version of the Beatles will not be disappointed (although they may still wonder why it took so long for the Fabs to be treated as they deserve). Enjoy the greatest rock n roll band of the twentieth and the twenty first century in clear sweet digital with The Beatles: Stereo Box Set. One of the better music CDs on the shelves, the The Beatles: Stereo Box Set is off the hook.

Featuring one of the best numbers that will ever lace your eardrums, this pop music CD is a collectors pride. Moreover, the heavy, ceaseless beats and self-affirming lyrics in this 17-disc set are sure to keep you hooked throughout.

Dishing out timeless renditions like Anna, Hold Me Tight, Night Before, and Think for Yourself, The Beatles: Stereo Box Set has enough to keep you hooked throughout. So bring home this pop music 17-disc set and get ready to rock'n'roll. You will be one of the last people in the world to own this now rare out of print masterpiece of double heavy 180 gram vinyl. Don't Miss Out on one of the best Mccartney Recording ever produced. Mymusicfix has been told we have the best selection of Out of Print Audiophile music on E-Bay. Enjoy being one of the last few to own/collect this Heavy Vinyl Recording of musical history. OUT OF PRINT PRODUCT is IRREPLACEABLE and therefore NOT RETURNABLE.

International Buyers are responsible for their countrys. The item "THE BEATLES ORIGINAL RELEASES & CONTAINER OF 2012 STEREO LP'S & 2009 CD BOX SETS" is in sale since Tuesday, November 19, 2013.

This item is in the category "Music\Records". The seller is "mymusicfix2" and is located in Lake Forest, California.