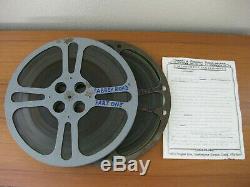 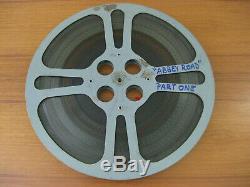 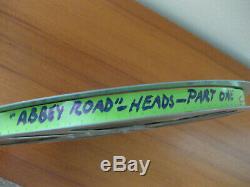 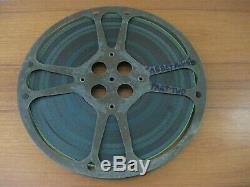 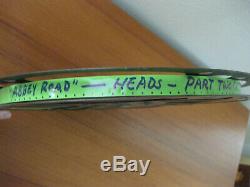 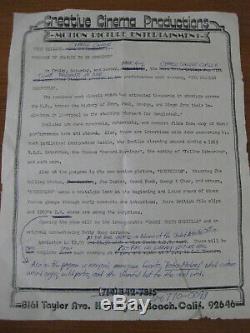 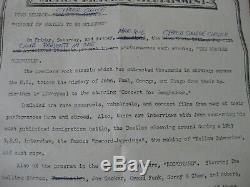 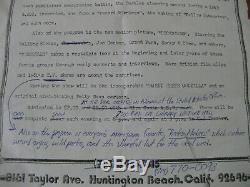 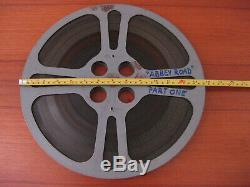 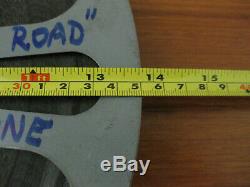 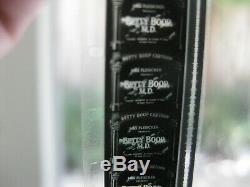 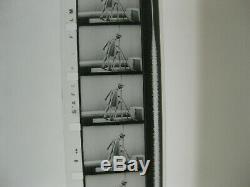 Looks like this Beatles Movie was part of a Triple Feature that was shown at various Colleges here in the SoCal area of California. The News Release is titled "History of Beatles to Be Screened - The Beatles Chronicle".

The premiere rock classic which has attracted thousands of showings across the US, traces the history of John, Paul, George, and Ringo from their beginnings in liverpool to the stunning Concert for Bangladesh. Included are rare newsreels, rehearsals, and concert films from many of their performances here and abroad. Also, there are interviews with John concerning his much publicized immigration battle, the Beatles clowning around during a 1963 BBC interview, the famous record burnings, the making of Yellow Submarine and much more. These 2 Beatles Film reels look to be on Black and White Film. Part One starts with a Betty Boop Cartoon (see pic) and Part Two starts with a Man Standing / Walking looks like it could be British Parliament?

There seems to be no Vinegar Syndrome smells and no warping in the film. This was originally part of a Triple Feature showing. The showing included the Beatles Abbey Road, a new motion picture called "Rockstars" which starred the Rolling Stones/Joe Cocker/Grand Funk/Sonny and Cher, and the classic film Reefer Madness.