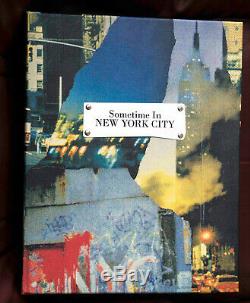 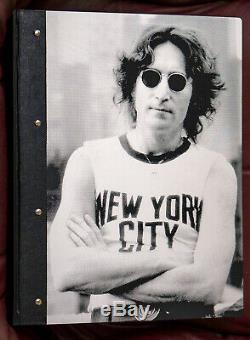 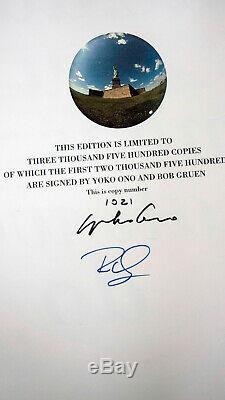 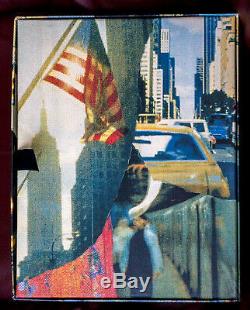 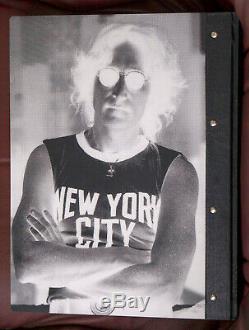 Sometime in New York City. Is a tale of two people and one city: the romance of John and Yoko set against the vibrant backdrop of New York. The complete story is told in the words of Yoko Ono, Bob Gruen and John Lennon himself, and through the intimate photographs - mostly in full color and previously unpublished - selected from the archive of Bob Gruen. Unique binding incorporates black leather with aluminum boards silk-screened with images of John Lennon and silver page edging.

Solander box is silk-screened in full color with metal title-plate. The item "SOMETIME IN NEW YORK CITY #1021, JOHN LENNON GENESIS signed YOKO ONO & BOB GRUEN" is in sale since Wednesday, October 23, 2019. This item is in the category "Entertainment Memorabilia\Music Memorabilia\Rock & Pop\Artists B\Beatles\Posters". The seller is "richardplan9" and is located in Ward, Colorado.