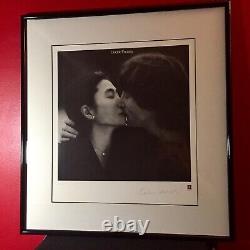 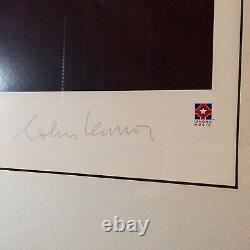 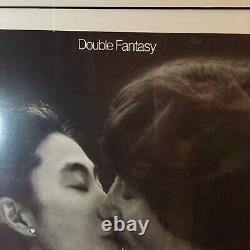 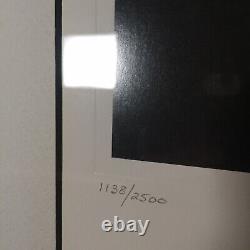 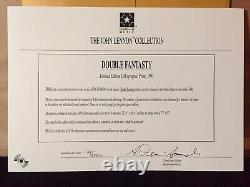 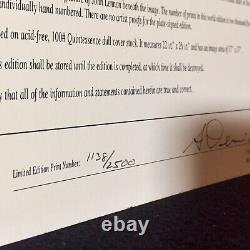 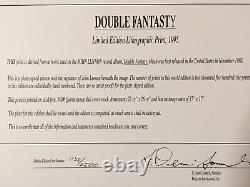 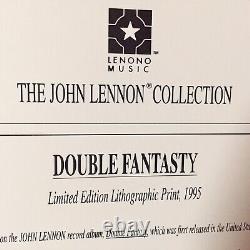 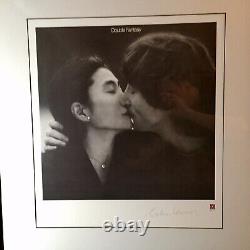 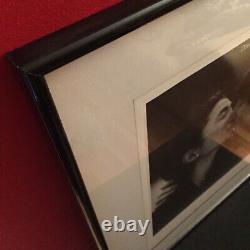 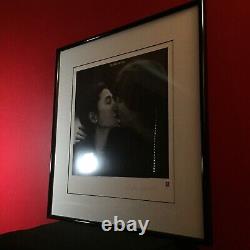 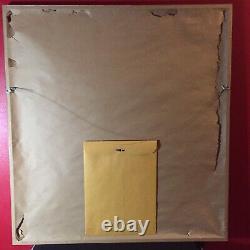 Overall condition of the item inside is EXCELLENT/LIKE NEW. No rips, tears, marks or writing on the artwork (or accompanying documentation). Item has never been taken out of frame!

Comes from a smoke-free home ; kept away from sunlight. Please feel free to reach out with any questions! Is the fifth album by John and Yoko. Released in November 1980 on Geffen Records. Produced by Lennon, Ono and Jack.

It was the seventh and final studio album released by Lennon during his lifetime. The album marked Lennon's return to recording music full-time, following his five-year hiatus to raise his son Sean.

Recording sessions took place at The Hit Factory. In New York City between August and October 1980. The final album features songs from both Lennon and Ono, largely alternating between the two in its track listing. Other tracks recorded by Lennon from the sessions were compiled by Ono for release on Milk and Honey. This item is in the category "Entertainment Memorabilia\Music Memorabilia\Rock & Pop\Artists L\Lennon, John".