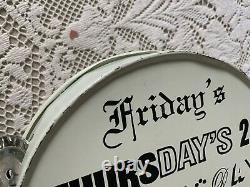 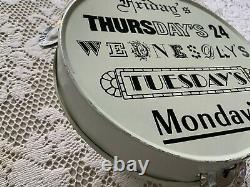 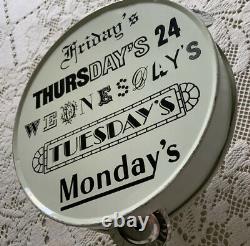 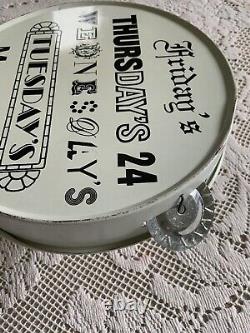 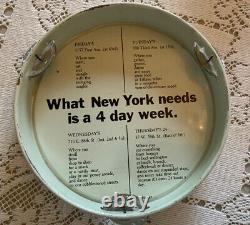 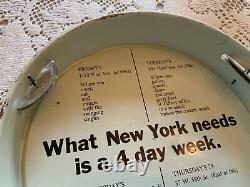 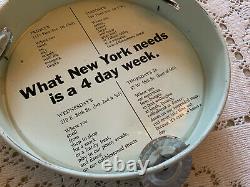 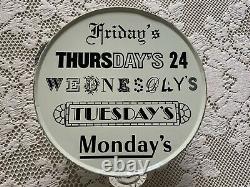 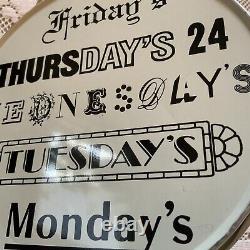 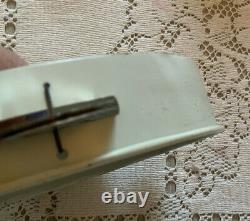 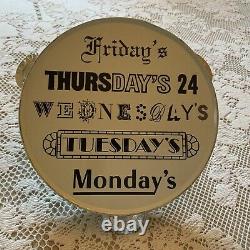 John Lennon Yoko Ono Original 1972 One-To-One Used Concert Tambourine. This tambourine is in very good to excellent condition with the exception of some ware around the rim and a small dent that's not very visible. Please look at the pictures. Early in August 1972, John Lennon had the idea to perform a live benefit for the pupils of Willowbrook School in New York City, a state-run institute for children with mental disabilities.

Following three days of rehearsals, two concerts took place on this day at Madison Square Garden in Manhattan, New York City. They were the last full-scale performances given by Lennon in public. Lennon had seen Geraldo Rivera's report for ABC TV on the physical and sexual abuse of the children and the poor facilities at the Staten Island school. He contacted Rivera and suggested they organize a benefit concert.

Lennon enlisted the band Elephant's Memory, with whom he had recently recorded the Some Time In New York City album, and rehearsals took place on 18, 20 and 22 August. Initially just one concert had been planned, but an afternoon performance was added after sales for the evening show exceeded expectations.

Lennon was, like many Americans, scandalized by the conditions at Willowbrook. He likely also saw it as a chance to rehabilitate his public image, in the light of poor sales of Some Time In New York City and the Nixon administration's ongoing attempts to deport him.

The success of George Harrison's Concert for Bangladesh the previous year may well have influenced his decision to get involved. The approximately 6.25" diameter (measurement does not include cymbals) and 1.25" deep tin tambourine was handed out to the audience as souvenirs. One was also used by John Lennon on stage. The tambourine was an advertising piece for a group of NYC night clubs popular in the 1970's. Friday's; Thursday's 24; Wednesday's; Tuesday's original club building still on 17th St. Inside the tambourine: "What New York needs is a 4-day week", and the locations of four clubs. This item is in the category "Entertainment Memorabilia\Music Memorabilia\Rock & Pop\Artists B\Beatles\Other Beatles Memorabilia". The seller is "inkdropfinds" and is located in this country: US. This item can be shipped to United States.