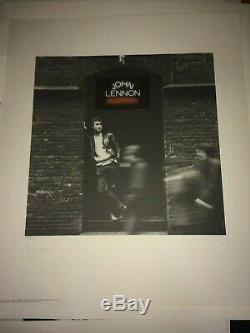 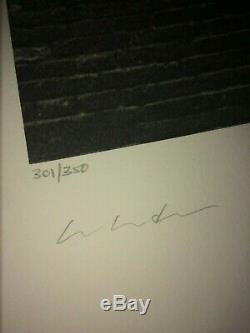 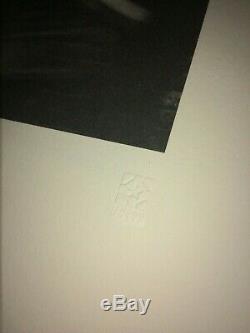 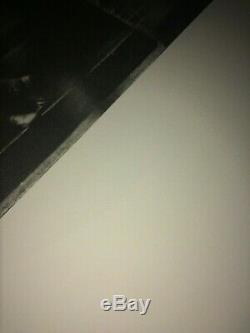 Produced in 1993 by LENONO and distributed by Music Art. Obtained from the original distributor in 2001.

Based on the original artwork for the album "Rock and Roll" by John Lennon. Rock'n' Roll is the sixth studio album by John Lennon. Released in 1975, it is an album of late 1950s and early 1960s songs as covered by Lennon. Recording the album was problematic and spanned an entire year: Phil Spector produced sessions in October 1973 at A&M Studios, and Lennon produced sessions in October 1974 at Record Plant Studios (East). As part of an agreement, Lennon had to include three Levy-owned songs on Rock'n' Roll.

Spector disappeared with the session recordings and was subsequently involved in a motor accident, leaving the album's tracks unrecoverable until the beginning of the Walls and Bridges sessions. With Walls and Bridges coming out first, featuring one Levy-owned song, Levy sued Lennon expecting to see Lennon's Rock'n' Roll album.

The album was released in February 1975, reaching number 6 in both the United Kingdom and the United States, later being certified gold in both countries. It was supported by the single "Stand by Me", which peaked at number 20 in the US, and 30 in the UK. The cover was taken by Jürgen Vollmer during the Beatles' stay in Hamburg. It was Lennon's last album until 1980; with no recording contract obligation, he took a hiatus from the music business to raise his son Sean.

This is a heavily discounted item. The item "John Lennon Rock and Roll Art Print Lithograph Ltd Ed Hand Signed Yoko Ono SALE" is in sale since Wednesday, November 20, 2019. This item is in the category "Entertainment Memorabilia\Music Memorabilia\Rock & Pop\Artists B\Beatles\Posters".com" and is located in Bremerton, Washington. This item can be shipped worldwide.