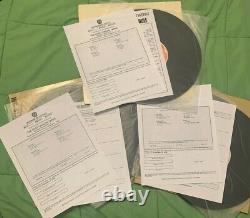 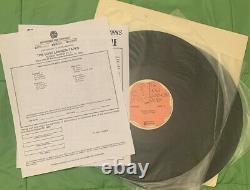 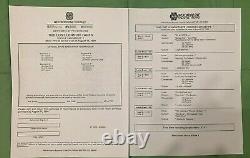 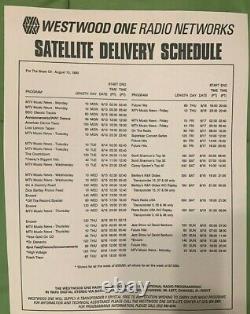 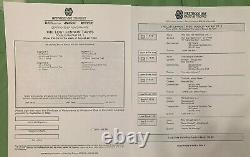 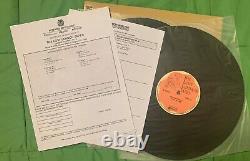 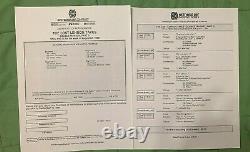 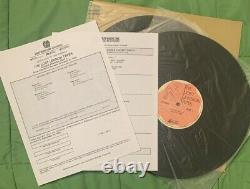 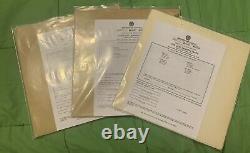 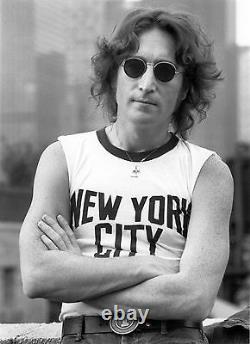 Radio shows were first syndicated on reel to reel tape, later on LP stereo discs, then CD's and now digitally. Collectors can no longer get their hands on this quality material so the surviving shows that are available will keep going up and up in value. Founded in 1976 by Norman Pattiz, the original Westwood One was one of the largest producers and distributors of radio programming in the United States.

Based in New York City, they broadcast entertainment, news, weather, sports, talk, and traffic programming to about 7,700 radio stations across the United States. In January 1981 Pattiz started recording live concerts for broadcast and became a leader in live broadcasts and concert recordings for radio until May, 2011. Westwood One was most notable for its coverage of live events, and on-location recording of concerts allowing them to provide live music to fans around the country. In October of 2011 Westwood One merged with Triton Media Group to form the current Westwood One.

From 1988 to 1992 Westwood One ran a weekly one- hour radio show called. It was distributed to stations each week on two LPs (except the three-hour premiere show which was on five LPs). The original theme of the show was to air unreleased recordings Lennon had made. John & Yoko's longtime friend Elliot Mintz was the host of most episodes in the series.

When it ended in March 1992, it was followed up by a series called The Beatle Years, which was distributed on CD. The Lost Lennon Tapes series has 219 episodes: the three-hour premiere episode followed by 218 regular one-hour episodes, for a total of 221 hours of programming. All three shows are about "Double Fantasy", Lennon's last project before his untimely death.

These shows, Part 1, Part 2 & Part 3 were Broadcast back to back to back between August 13 and August 27, 1990. It is very difficult to find all three episodes together today - 30 years after they were originally broadcast. I have over 150 Original Westwood One Lost Lennon Tapes episodes available for sale. If you have a specific show you are looking for, I probably have it. Be sure to contact me with your want list.

No rights are given or implied. If you have any questions or would like more information, do not hesitate to ask.

Good luck, and thanks for looking! The item "John Lennon Lost Lennon Tapes Westwood One Radio Double Fantasy 3 shows, 6 LP's" is in sale since Sunday, August 2, 2020. This item is in the category "Music\Records".