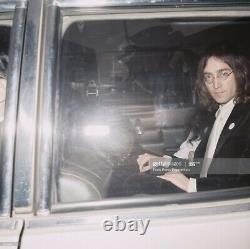 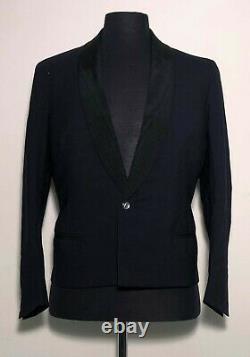 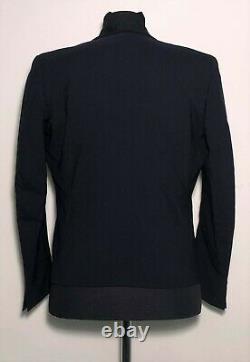 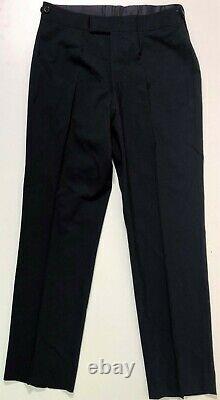 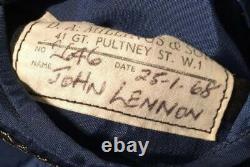 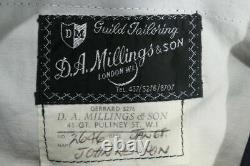 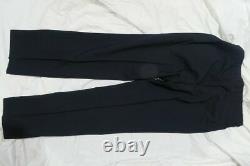 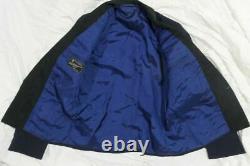 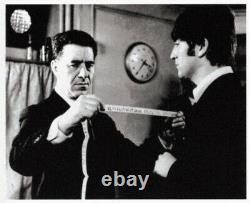 John Lennon Dougie Millings Suite. A dinner jacket and pants suit. Owned and worn by John Lennon in 1968. Details as per the labels, D.

These match the order number. John Lennon wore this midnight blue single-breasted suit made by D.

The pants and suit retain labels for D. Milling & Sons and the suit are inscribed "John Lennon" and dated Lennon John Lennon with wife Yoko Ono donated this suit along with an assortment of other personal belongings to a children's world hunger program shortly before his death. The suit is in good condition but has a small hole on the side of the knee. This was a a custom made piece by Dougie Millings & Sons in London, "the tailor to the stars" as reported by New York Times in 2001.

THE SUIT COMES WITH THE FOLLOWING - TO SUPPORT IT BEING GENUINE. A copy of the original order form that this suit was ordered on that shows the order number that matches the suit, an original letter from Dogie's son Gordon who supports this suit being genuine and made by his father for John Lennon and also a COA from Omega Auctions.

Douglas Millings died in 2001. And his son Gordon, now 74 who worked with his father from the age of 17, after having apprenticed at Huntsman on Savile Row retired five years ago. So Gordon is well aware of this suit and confirms it is original and genuine.

He checked the suit and also gave a copy of the original order form which this suit is listed with matching order number and also an original letter stating it is genuine. Comes with our charities name on the letter.

All items come with tracking. The tailor to the Beatles: Douglas Millings and his enduring legacy. Douglas Millings was a defining tailor of the 1960s the man who dressed the Beatles. Josh Sims meets his son a chip off the old block. Arnold "Dougie" Millings (30 July 1913, in Manchester 20 September 2001, in London) was a London-based tailor known as "the Beatles' tailor".

Millings' shop was located on 63 Old Compton Street[1] in Soho and began designing for British pop stars such as Cliff Richard, Tommy Steele, and Adam Faith in the early 1960s and made the collarless suits the Beatles wore at the height of Beatlemania in 1963 (inspired by Pierre Cardin)[2] as well as their stage suits for the movie Help! Millings made more than 500 outfits for the band.

A quote from Gordon Millings, Epstein told dad he needed a look that made the Beatles look like a modern group, rather than the rocknroll leather jacket look theyd had for their time in Hamburg, Millings recalls. Dad had no idea who Epstein was and, of course, at that point nobody had heard of the Beatles. It was the kind of thing that the like of Pierre Cardin was doing at the time, too. So thats what he came up with, these jackets with half-inch braiding on the edges, flared cuffs and a three pearl button-fastening, and tight, flat-fronted trousers with no pockets to keep the lines lean and because Epstein said he didnt want the band members to have pockets to put their hands in. We have not put the paperwork online due to people copying it to sell fake items. Our registered charity will give a guarantee on this item and will stand by it.

If you have any genuine questions please message us anytime. We have 163 positive feedbacks, no negatives. The item "John Lennon Genuine Owned & Worn Suit COA + Genuine Paperwork" is in sale since Saturday, August 14, 2021.

This item is in the category "Entertainment Memorabilia\Music Memorabilia\Rock & Pop\Artists B\Beatles\Other Beatles Memorabilia". The seller is "great-collectibles" and is located in North Brunswick, New Jersey. This item can be shipped worldwide.