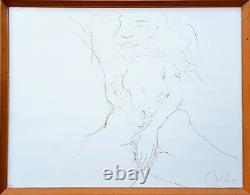 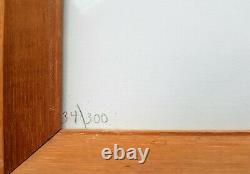 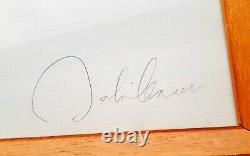 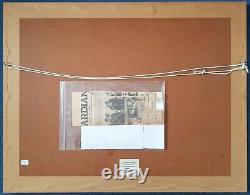 Hand signed by Lennon in graphite pencil to the lower right and numbered 34 from a limited edition of 300. The sepia lithograph is printed on Rives BFK paper and measures approximately 23" x 30". Framed beneath Plexiglas to a slightly larger size. Unexamined out of the frame, but appears in fine condition. John Lennon originally created a portfolio of drawings in 1969 which he entitled "Bag One". These drawings depicted John and Yoko's wedding and honeymoon and he presented them to her as a wedding gift.

In 1970 he chose 14 drawings from the "Bag One" portfolio to be produced as stone lithographs in a limited edition. He personally signed each lithograph and attended the premier opening in London.