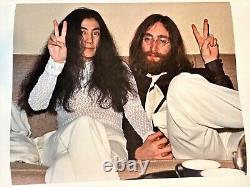 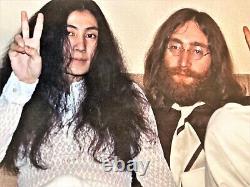 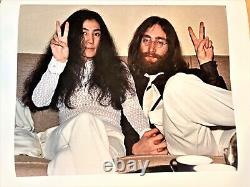 1969 The Beatles John Lennon & Yoko Ono Limited Ed Photo' Apple Negative 1/1. This image was taken by Laurence Kirsch in 1969, the image was first used on the Elephants Memory Band album 1+1+1 is 3, this example was printed one time only from the Apple owned negative, it is the only time that it has been produced as a stand-alone photograph. We have a collection of 38 such images (each one is different and a different size), the image is a one only print run from a negative owned by Apple, the image is printed on 28X23 white cotton linen paper of a very heavy gauge, the actual printed image is 24X20.