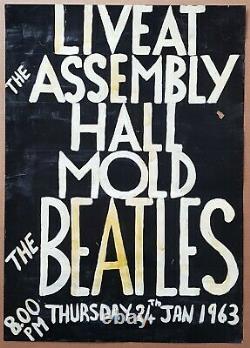 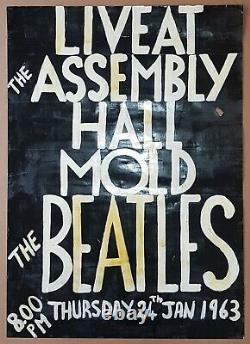 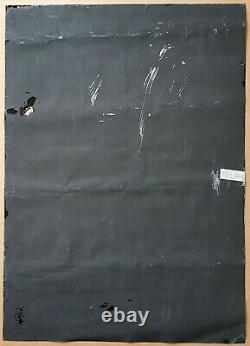 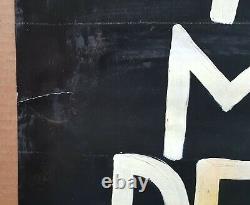 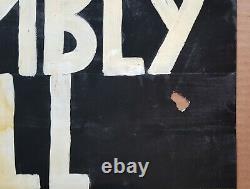 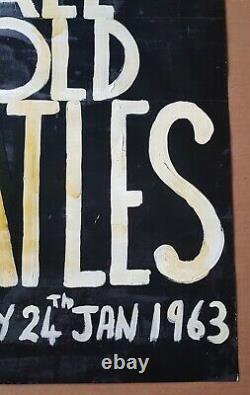 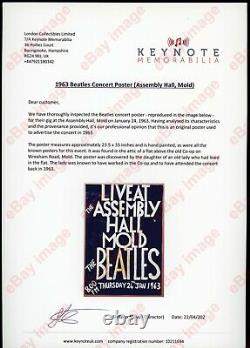 The poster was found amongst a deceased ladies possessions in the attic of her flat above the old Co-op (now a different store) on Wrexham Road, Mold. The lady used to work in the Co-op and was known to have attended the Beatles concert in'63.

Only a handful of these have emerged over the years. The method of painting is consistent with the other authentic posters and when comparing them, even appears to have been painted in the same hand. Both sides of the cardstock poster were painted black, before white lettering was added to the front. Lacquered (most likely to protect it from the elements), which has given it a gloss appearance.

Approximately 33 x 23.5. There are several fold lines and creasing throughout; a small hole below the'Y' in Assembly, and a two inch tear to the left edge that's been reinforced with masking tape from the rear.

The poster comes with a letter of authenticity from ourselves, Keynote Memorabilia (a trading name of London Collectibles Limited). This item is in the category "Music\Music Memorabilia\Artists/ Groups\The Beatles".

The seller is "lcl2022" and is located in this country: GB. This item can be shipped worldwide.